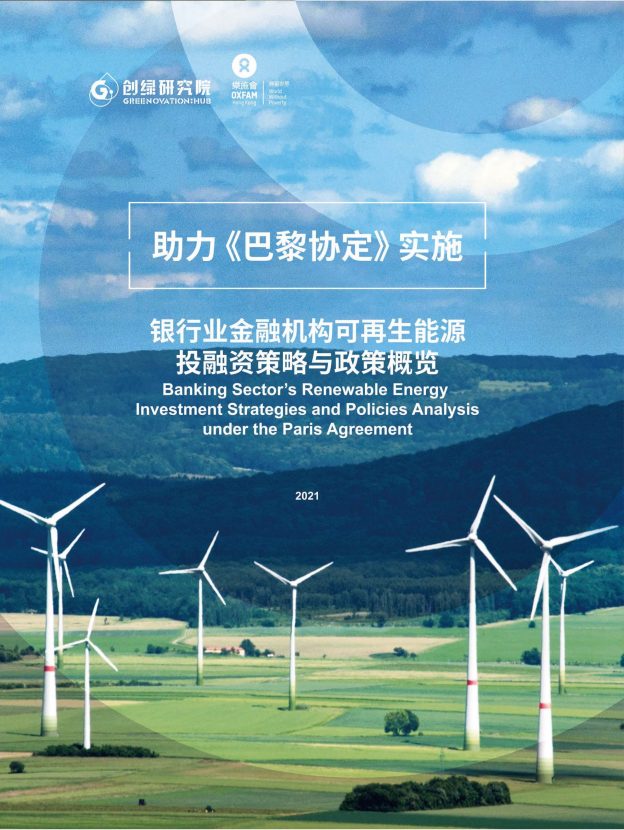 This report reviews the objectives, policies and support measures of international and Chinese financial institutions in relation to renewable energy investment and financing from four aspects, and proposes recommendations for Chinese financial institutions to improve the policy framework and practices in supporting renewable energies to contribute to the implementation of the dual carbon targets and the Paris Agreement.

The 2030 Agenda for Sustainable Development and the Paris Agreement, adopted by over 190 countries in 2015, provide an overarching global framework to address climate change, eradicate poverty and achieve green, zero-carbon prosperity. Building renewable-based energy and power systems is a key step.

Developing countries along with the Belt and Road Initiative will be the global energy consumption hotspot as the region is undergoing rapid industrialization and urbanization. Meanwhile, due to the sensitive ecosystems and high climate vulnerability of many developing countries, developing low-carbon energy systems is critical for these countries to avoid being locked into carbon-intensive development pathway which exacerbates their vulnerability. Endowed with abundant renewable energy resources, many countries have included renewable energy development targets in their Nationally Determined Contributions (NDCs). However, developing countries are still faced with challenges at policy, planning, financial and technical levels. As the initiator of the Belt and Road Initiative (BRI) and a major public finance provider in overseas energy investment, China could play an important role in promoting low-carbon overseas energy investment and financing activities in developing countries, based on partner countries’ national circumstances. China has announced on September 22th, 2020 that, “China will scale up its Intended Nationally Determined Contributions by adopting more vigorous policies and measures. We aim to have CO2 emissions peak before 2030 and achieve carbon neutrality before 2060”. The financial flow to the BRI region guided by the “green BRI” concept, and driven by the global de-carbonization development tendency, should be aligned with the low-carbon and even ‘net-zero’ development pathways.

As nations committed to carbon neutrality or net zero emissions, supporting developing countries’ renewable energy development could achieve mutual benefits for both sides. Based on analysis of selected financial institutions’ policies and practices of renewable energy development, this research proposed suggestions on policy frameworks for Chinese financial institutions to improve in the future.