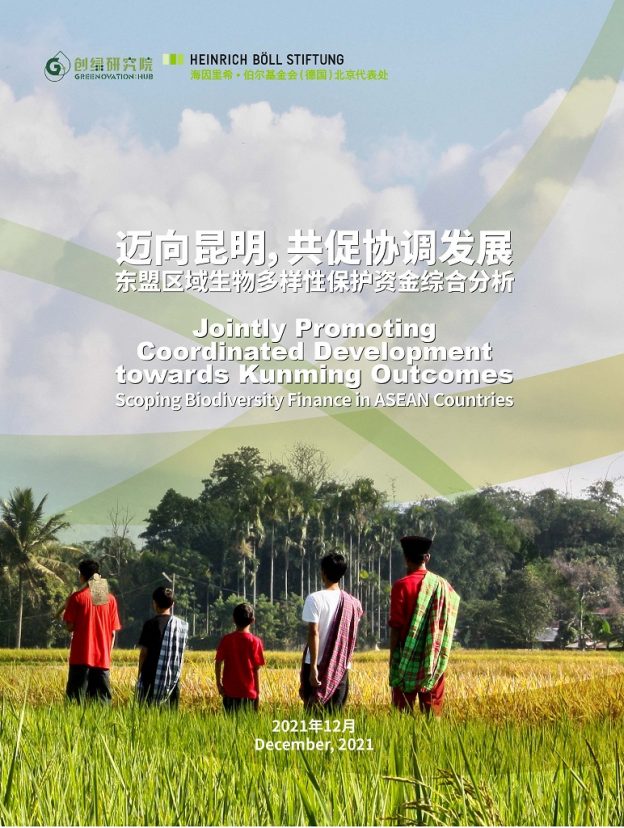 The year 2021 marks the 30th anniversary of China-ASEAN Dialogue Relations and witnesses the cooperation between China and ASEAN in sustainable development. At the special summit to commemorate the 30th anniversary of China-ASEAN Dialogue Relations held on November 22, 2021, President XI Jinping announced the establishment of a China-ASEAN Comprehensive Strategic Partnership, and pointed out that China is ready to open a dialogue with ASEAN on climate response, policy communication and experience-sharing, and jointly work out plans for sustainable development. China is ready to launch the Action Plan on China-ASEAN Green Agriculture to make agricultural sector more resilient and sustainable. China may also energize the China-ASEAN Countries Joint Research and Development Centre of Marine Science and Technology, build the Partnership on Blue Economy, and promote marine sustainable development. In recent years, the mechanism for cooperation between China and ASEAN in ecology and environment has been well established with enriched content in diversified forms. Outcomes have been achieved in environmental policy dialogue and information-sharing, biodiversity protection, environment-friendly industry and technology exchange, as well as capacity building in environmental management. The Kunming Declaration adopted at the first part of the 15th meeting of the Conference of the Parties to the UN Convention on Biological Diversity (COP15) that kicked off in Kunming on October 2021 brought together the global forces of biodiversity governance and laid a solid foundation for an ambitious, realistic and balanced “Post-2020 Global Biodiversity Framework” at the second phase of the conference.

ASEAN, as one of the regions with the most biodiversity worldwide and the highest value of ecosystems in forest, agriculture, wetland, ocean, owns diverse types of rare species, native species and ecosystems. In recent years, however, ASEAN has faced severe challenges in biodiversity conservation, such as ongoing forest degradation, serious wildlife smuggling, imminent risk of endangerment and extinction of some wildlife and agricultural biological species, pollution of wetlands and marine ecosystems, and overfishing, etc. The service value of its key ecosystems has also declined year after year. Moreover, climate changes and invasive species also cast a negative impact on its biodiversity. ASEAN, mainly composed of developing countries, is seriously challenged with the prominent dilemma between development and protection. Despite positive progress has been made in biodiversity conservation, ASEAN countries still face many bottlenecks, such as lack of funding, inadequate awareness of biodiversity conservation, lack of synergy, insufficient technological and professional knowledge, etc, among which the lack of funding stands out prominently. Except Singapore, other nine ASEAN countries all suffered from a funding gap for biodiversity conservation.

This report aims to provide relevant stakeholders with recommendations and directions for investment in the biodiversity conservation of ASEAN by examining the financing mechanism of ASEAN and analyzing the difficulties. Besides, this report primarily focuses on the role that China can play and give recommendations for further collaboration.

Source of funding for biodiversity conservation in ASEAN countries

In ASEAN countries, the biodiversity conservation is mainly financed through government budget, official development assistance and contributions from enterprises, NGOs and individuals. More than half of the biodiversity finance comes from government budget (central and local governments) and official development assistance. Among them, the project funding from Global Environment Fund and Asian Development Bank are the most representative multilateral assistance. Compared with public sector, private sector and social sector have much less engagement, especially in Indonesia, Malaysia, Thailand and Vietnam where biodiversity are quite rich.

In recent years, ASEAN countries, including Vietnam, Philippines and Cambodia, have begun to explore new financing tools for biodiversity conservation, including the Payment for Ecosystem Services (PES). In 2010, Vietnam issued the Decree No.99 on Payment for Forest Environmental Services (PFES), as well as the guidelines and regulations on payment for water resources. Philippines taxes hydro-power stations at 1% of the power generation income which will be in turn used for rural development and biodiversity conservation in the basin. Cambodia also launched the community-based agricultural environment payment project to provide consumers with environment-friendly certified rice.

Finally, in order to address the issue of funding for biodiversity conservation and effectively achieve biodiversity targets in ASEAN, and further strengthen the collaboration between China and ASEAN, this report recommends as follows:

5. Facilitation of sustainable industries. Formulate administrative orders and economic policies for sustainable use, develop sustainable agricultural, forestry, fishery and tourism projects, intensify the sustainable use of natural resources, and promote involvement of “the whole society”, such as governments, international communities, enterprises, local communities and indigenous people through intergovernmental cooperation, public-private partnership, and participation of social sector to realize benefit sharing.

3. Better biodiversity management in key industries. Financial institutions may issue detailed rules by industries, referring to the Joint Declaration of Banking Sector to Support Biodiversity Conservation, and learn from internationally accepted standards and best practices. Investment funds and related enterprises shall implement the requirements of the latest national policies, focus on the effect of their projects on biodiversity, and ensure biodiversity conservation measures more effective and operational.