This paper summarizes key issues related to the role of green and development finance in fostering sustainable, low-carbon and climate resilient development that were discussed during a multi-stakeholder workshop on August 22nd 2016 in Shanghai, China. It outlines recent green finance initiatives taken by the Chinese government, including during its 2016 G20-presidency, and suggests concrete steps for the incoming German G20-presidency to further that work. 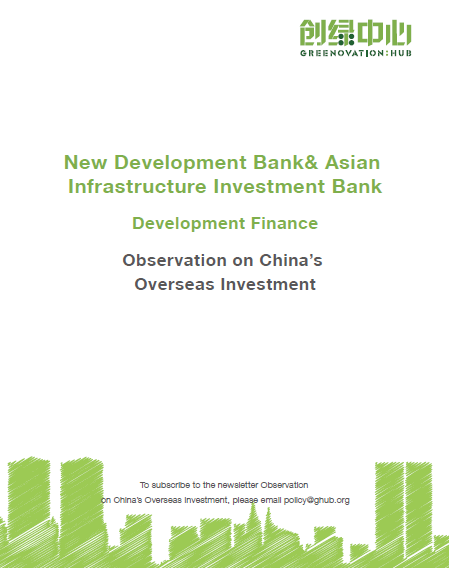 Greenovation Hub is a local Chinese NGO focusing on environment and development with international outlook. We will deliver this periodic “Observation” on China’s oversea investment and its global ecological impact to promote awareness and understanding. The “Observation” will present multiple views and perspectives, to identify real problems and to solve real problems so as to promote China’s “going out” in a more responsible and more sustainable way.